We use cookies on this website to assist with navigation, analyse your use of our products and services and assist with our promotional and marketing efforts. Please be aware that your experience may be disrupted until you accept cookies. If you want to manage your preferences or find out more, please see our cookie policy.

“I fear the day that technology will surpass our human interaction. The world will have a generation of idiots” – Albert Einstein

Was he wrong? Walk down the road and you’ll notice how many people are glued to their phone/tablet. In my opinion, it’s true that the use of technology is slowly replacing the need to use our minds to think. Anything and everything we want to know is easily accessed through a computerised device.

Here, I talk about what is currently possibly one of the most talked about technology advancements in the pharmaceutical industry; 3D printing.

3D printing, which in this case, is referred to as 3D bioprinting is currently under the critical eye of the pharmaceutical industry for its possible use throughout a drug life cycle. I wanted to explore what 3D bioprinting can be used for and what the impact will be for the standard of drugs provided and ultimately, patient care.

Drug development; the process of bringing a new pharmaceutical drug to market which can ultimately take, on average, between 10-15 years and comes at a cost of roughly $2.6 billion for each drug.  This process starts by initially identifying a lead compound which is then rigorously tested in the laboratory, on animals and finally on humans during clinical trials. It’s thought that 3D bioprinting can drastically reduce the time and cost currently associated with the drug development process.

Firstly, 3D bioprinting enables scientists to produce small batches of drugs with different compositions. So, during the drug discovery stage, when trying to identify a lead compound, 3D bioprinting can test the batches on dose, physical characteristics, and release profile of the drugs eventually identifying the optimum lead compound. With the ability to produce tens of thousands of these drugs in a day, it means a lead compound can be identified far quicker than through traditional discovery methods.

Secondly, when testing a drug, whether this be in the laboratory or during clinical trials, 3D bioprinting may be able to create much more realistic environments in which the drugs can be tested. Being able to create 3D groups of cells or 3D synthetic tumours provides scientists with much more accurate results regarding cells’ behaviour and how they respond to treatments. 3D bioprinting could therefore prove as a valuable in-vitro tool for toxicology and disease modelling.

Aside from groups of cells or tumours being ‘printed’ through the 3D bioprinting method, scientists have had success in creating organs and tissues; successes include the ‘printing’ of kidneys, livers and skin.  During the drug development process, this will enable biochemical, genetic and histologic analysis to again serve as a valuable tool for toxicology and disease modelling.

Unfortunately, most drugs do fail during clinical trials as the desired affects presented during animal testing, often do not present during human trials. Whilst animal testing may not be removed from the drug development process altogether, it could be abridged with the ability to ‘print’ organs that mimic the complex structure and physiology of human tissues. Scientists will therefore be able to see the effects a drug will have on those tissues inside the human body.

With this said, the ability to ‘print’ synthetic skin can be used in cosmetic testing thereby holding the potential to completely eradicate animal testing for cosmetics. Something which I’m sure, will please many people.

As much as 3D bioprinted organs will be highly beneficial during the drug development process, scientists have said that using these artificial organs for transplantation is less than 20 years away and could hold the answer to improving the shortage of organ donations. In the UK, patients are on a waiting list for an average of 944 days before receiving an organ, and in the USA it is said to be the leading cause of death with 900,000 people dying every year whilst on the waiting list for an organ transplant.  However, to see this come to fruition in the next 20 years, it is imperative for scientists to perfect the composition of these artificial organs to match the complex structures and physiology of a real human organ.

Whilst 3D bioprinting of tissues and whole organs is quite frankly, fascinating and a very real possibility for the future, maybe it’s best to start with the drugs we have available to us and perfect them for optimum use.

3D bioprinting of drugs has many benefits and can ultimately provide patients with customised care through personalised drug dosing. Using a patient’s age, race, weight or even gender, doctors and pharmacists may be able to soon prescribe their patients an optimal medication dose – removing the ‘one size fits all’ drug. It is thought that pharmaceutical companies could release the blueprints of their drugs so that doctors, pharmacists or other healthcare professionals can ‘print’ the drugs themselves.

This method also allows pills to be printed in a construct of layers to make a ‘polypill’ which will essentially encapsulate a number of different active ingredients in one pill. This therefore provides a solution to patients who need to take several drugs in a day through creating a single pill with controlled release i.e. releasing the active ingredients at staggered times.

Do the benefits outweigh the disadvantages?

It’s clear to see that 3D bioprinting could definitely be something pharmaceutical companies come to rely on in the future to not only speed up the drug development process, but also create a more targeted and sophisticated way of testing various characteristics of a potential drug at a reduced cost. Preceding this, 3D bioprinting drugs can really pave the way for more efficient and effective patient care. However, there are some risks that come with 3D bioprinting which will certainly serve as blockers for its incorporation.

Main concerns surround safety and security given there is a clear lack of regulations. It goes without saying that clear regulations need to be introduced before 3D bioprinting makes any kind of headway. Although doctors and pharmacists could create personalised drugs using a standard blueprint, without regulations in place there could be real product liability risk and therefore poses the question “Who will ultimately be responsible for adverse events/product defect claims?”. Human error could also be a factor when following the blueprints which ultimately could lead to severe health consequences to patients.

Cyber risk is also a real threat. Unfortunately, the printers are much more vulnerable to hackers than the traditional manufacturing process meaning counterfeit medicines could be sold, again, resulting in severe health consequences to patients if the chemical characteristics of a drug is altered.

There are also concerns surrounding printing defects and manufacturing malfunctions.

For 3D bioprinted organs, the major concern is making sure these organs and tissues are a true recreation of their human counterparts, particularly when thinking about their uses for organ transplantation.

Where does 3D bioprinting stand in the future of the Pharmaceutical industry?

Naturally, there is still a lot of research to be done into the possibility of using 3D bioprinting and regulations and restrictions need to be in place before 3D bioprinting can be established as an industry-wide standard. However, there have been some successes.

In 2014, surgeons were tasked with a complex surgery to separate conjoined twins. Having recreated their organs and skeletons through 3D bioprinting, the surgeons were able to extensively study and practice the surgery. Ultimately, this was a success and the surgery was completed in 18 hours where usually a surgery of this calibre could last up to 26 hours.

Aside from ‘printing’ organs and drugs, Limbitless Solutions, a non-profit organisation, is specialised in developing 3D printed personalised bionic arms for children which cost around $300 – a far cry from the average costs in the US ranging anything from $5,000 – $50,000 for a prosthetic arm or leg. You can find out more about Limbitless Solutions here and please donate if you can as it is all for an unbelievably great cause.  #3Dhope

I’d love to hear your thoughts on 3D bioprinting and how you think it could impact our future, and generations to follow. 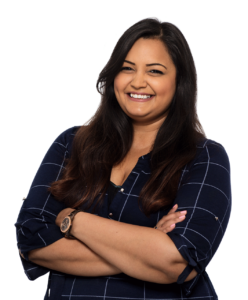 Chanel has focused purely on placing medical professionals from MSL to Medical Director level across the UK and EU for five years. Overtime, she has built an outstanding network of clients across the pharmaceutical industry who are always looking for the best talent to drive the success of their products.

Please contact her on LinkedIn or 0207 220 6206 / chanel.hicken@skillsalliance.com to find out more